A semi driver lost control of his vehicle in the 300 block of South Main Street, took out a utility pole and struck a house. 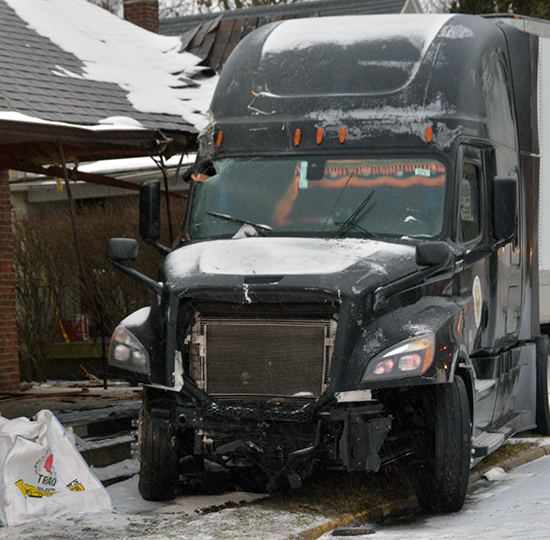 
Trusty said that at the time of the crash, Main Street was covered with ice.


When the truck hit the house, a beam from the porch came through the windshield and came within inches of the driver's head.


Fire crews had to wait for the arrival of an AES Ohio Hazmat crew. There was a transformer on the utility pole and it fell to the ground and leaked oil onto the ground. 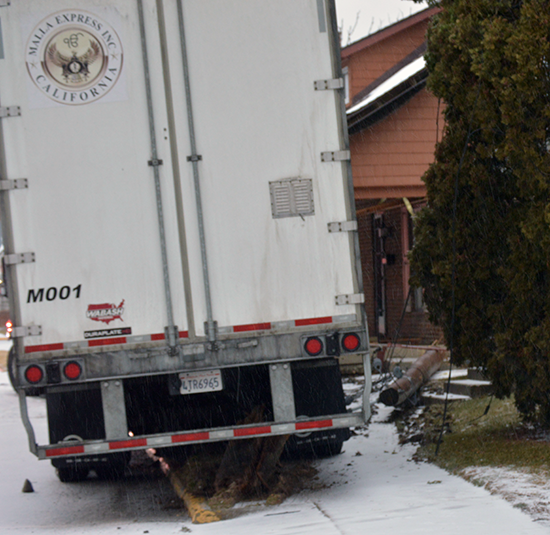 Trusty said that they had to be careful in removing the truck so that the saddle fuel tank would not be ruptured.


The Clark County Sheriff's Department has declared a Level 1 Snow Emergency throughout the county. Roads are snow covered and icy.